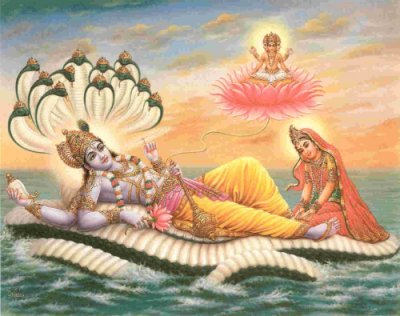 The name of the holy city “Tirupati” means “Lord of Lakshmi” which lies on the foot hill of Tirumala (lord hill) hill.

The place is well known for twelve centuries old Sri Venkateswara Swamy Temple dedicated to Lord Vishnu or Venkateswara is visited by more than 180 lakh devotees a year. The temple is located on the Tirumala hill at about 20kms from the Tirupati city.

There are no evidences of origin of this historical place. The history of this holy place can be found in literature and epics. Sri Krishnadevaraya, Pallavas of Kancheepuram (9th century AD), Cholas of Thanjavur, the Pandyas of Madurai and the kings and captains of Vijayanagar (14th – 15th Century AD) played a very good role in making the place rich in business and temple. They competed in making offerings to GOD which made the Tirumala temple the richest temple in the world. After the end of Hindu dynasty rule the region was ruled by Muslim Dynasty and later by Britishers.

Later in 1933, the Tirumala Tirupati Devasthanams (TTD) Committee was given the power by the Madras Legislature of administration and to control a group of temple under the supervision of Commissioner appointed by Madras Government. Later the act was amended and was than entrusted to a Board of Trustees, and an Executive Officer was appointed by the Government.

Summers are hot, monsoon in the city comes with south monsoon winds making the weather pleasant and winters are not that cold. The pleasant evenings of the city will make you enjoy the landscape and natural scenery. 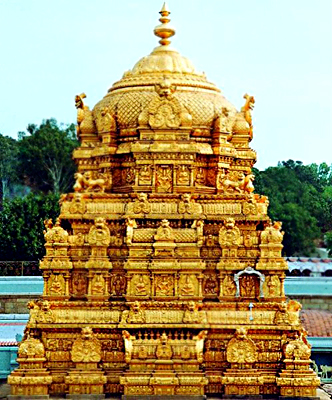 Tirupati known as the richest temple of the world lies in the foot of the Trimula hill which is the house of Lord Shri Venkateshwara. Many of the Lord Venkateshwara worshipers believe that for complete darshan, after visiting Lord Venkateshwara temple it is compulsory to visit Sri Padmavati Temple (wife of Lord Venkateshwara). Balaji temple is made up if gold sheet well crafted over the stone walls and pillars. The temple is surrounded by high walls.

Driving expertise is required to drive on the hilly road that leads to Tirupati and from Tirupati to Tirumala. During the rainy season the luxury buses are not permitted to drive upwards on the slant roads of hill. The government buses are arranged for the travelers to get transferred from the bottom of the hill to top. The pilgrimage site has preserved many natural scenarios and modern amenities for devotees and visitors.

Tourists can make their visits memorable by shopping in Tirupati. The shopping attraction in and near the city includes Thiruvallur city at a distance of 47 km from Tirupati and many local shops and malls in Chennai at a distance of 69 km. The most popular shopping malls include Spencer Plaza (Thiruvallur) and Abhirami Mega Mall (Chennai). Local made wooden items, clothes, etc can be purchased from this place.

Hotels and Lodges in Tirupati

As Tirupati witnesses huge crowd round the year, the Government of Andhra Pradesh has taken initiative to help the crowd better accommodation. Andhra Pradesh government has developed and maintained numerous guest houses and lodges.

How to reach Tirupati

Tirupati is well connected via air, rail as well as road to other parts of India. It lies at a distance of 555 km from Hyderabad, 140 km from Chennai and 280 km from Bangalore. Tourists can travel from Tirupati to Tirumala Hill by using free shuttle bus services provided by T.T.D and A.P.S.R.T.C.

Airport is Located at Renigunta, at a distance of approximately 15 km from the city. There are frequent flights to Tirupati Airport from Hyderabad, Bangalore and Chennai. The prepaid taxi service is available at the Tirupati Airport. Nearest international airport is Chennai Airport.