Tirupati the temple town of south is the most earned city of the state of Andhra Pradesh, India. Few people believe that the money earned by the temple can help improve the economy of the country. The temple is one of the richest temple of south India. Supreme court recently restrains government of Andhra Pradesh to collect service tax from Tirupati Temple.

The industrial development in the district of Chitoor was announced by Chief Minister n Kiran Kumar Reddy in the year 2012. 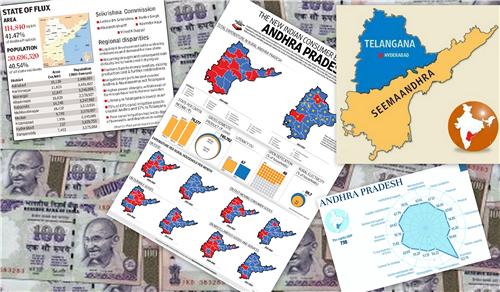 According to an article published in news India express- “Tirupati has been allocated special package for the development of IT sector”. The area was already declared as Information Technology Investment Region. Years back the city Tirupati was announced as IT special economic zone. Tirupati is the central hub of the entire ITIR.

According to STPI “Software Technology Park of India is an autonomous society under department of electronics and information technology, Ministry of Communications and Information Technology, Government of India set up in the year 1991 with the objective of encouraging, promoting and boosting the software export”. STPI has spread in the country with approximately 53 centers in the country. The setup of Independent International Fiber and Satellite Gateways is setup by STPI Hyderabad at Hyderabad, Tirupati, Vishakhapatnam, Kakinada, Vijaywada,  and Warangal with 24/7 customer support.

Tirupati STPI is operational in Tirupati since 2001 with an objective of promoting IT industries in Tier II cities. The advantages of setting up industries in this area are close proximity to Bengaluru, Chennai and Hyderabad, Major educational Hub and good hospitality, well connected road, rail and air connectivity within India and very Good health and recreation Amenities.

The growing city with the development the city also faces the challenge of keeping itself clean and safe from drug mafia, etc. Recently narcotics was seized from Tirupati region and nearby areas.


Services of STPI in Tirupati:

Statutory Service
Datacom Services
Incubation Services: STPI Tirupati has developed incubation facility in an area of 10,000 sq.ft is ready to occupy with plug and play facility with many addon features.
Project and consultancy service

Andhra Pradesh a pilgrimage and heritage tourist destination of India. It has been graded as number one state in terms of attracting number of tourists from different parts of the world in India. The growth percentage of tourists has increased by 12.48%. Tirupati is one of the most ancient pilgrimage places in India. The twelve century old temple in the city of Lord Venkateshwara is situated on the hill named Tirumala. Tirupati lies on the foot hill of Tirumala. In southern India this religious place is considered to be one of the important, richest, and most visited pilgrimage places.

Tirupati is well connected by road, rail and by air to all major cities of India. TTD Tirupati-Tirumala Devastanams maintains twelve temples and their sub-shrines in the area. TTD provides all type of facilities for devotees to make their trip a happy memorable experience. There are many travel packages, bus services, etc provided by TTD. TTD has made arrangements for stay of pilgrims, eating joints, prasadam, etc in the premises. The budget approved by TTD for the fiscal year 2014-2015 is Rs.2,401crore.