Lord Venkateshwara temple of Tirupati, the most famous Hindu temple is noted not only because of its religious importance but because of its architectural significance. There are several doorways, shrines and mandapams that adorn the temple. The rich temple of Venkateshwara receives numerous devotees and donation from devotees. 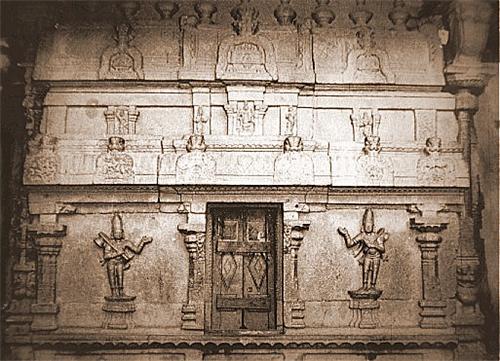 Talapaka Annamacharya a devotee of Lord Venkateshwara, sung many Sri Hari Vishu devotional songs in two languages Telugu and Sanskrit. The songs like 'Brahma Kadigina Paadamu' and 'Adivo Alladivo Sriharivaasamu', known as san-keertana sung by Annamacharya were 36,000 from which only 12,000 are preserved which expresses the emotions of love, and compassion.

In the name of Talapaka is a small room in the temple known as Talapakamara or Sankeertan Bhandara. This room is located in the porch of Bhashyakara Sannidhi. To the west of room lies the Vimana Pralkaram.

In ancient times writings may be found on copper plates. Sri Annamacharya songs written on copper plates can be seen in this room. Writing was a family profession of Sri Annamacharya’s family which includes his son and his grandson. The poems composed by Talapaka, Pedda Tirumalacharya (son) and Chinna Tirumalacharya (grandson) are preserved in this room. 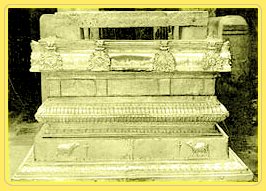 Water storage area made up of gold is known as Bangaru Bavi or Bangaru Baga. The beautiful Vijayanagra architecture work done in designing and constructing the well which is a copy of Hampi city is remarkably built to make water available for cooking of food in Potu (Kitchen). The area is located in front of the Potu. This ancient efficient structure made up of stone pipe was laid in the temple. The worshipers believe in making wish from the well by throwing wish coin and so is also known as wish well. 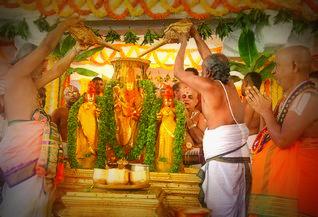 The devotees enter through Bangaru Vakili that is the golden doorway leading towards semi dark chamber which lies after crossing the temple of Lord Venkateswara. The Snapana Mandapam is an area which has four central pillars. Each pillar has sculpture of many deities of Bala Krishna, Yoga Narasimha,  Kaliayamardhana, Sri Vishnu in seating pose. Lord Vishnu is seated in Sukh-asana with companions on either side of him.

In the huge temple of Lord Vishnu one can witness the idols of Lord Ram, Lord Laxman and goddesses Sita. An ‘elevated platform’ known as Ramar Meda is located in the temple in the first Pradikshana. These deities accompanied Lord Venkateshwara. At the time of pradakshina Ramar Meda which is closed since 1262-1265 was the first Junction. In this area there are two platforms where the idols of Angada , Hanuman ,Sugriva and bali made up of bronze are kept.

Sayana was a famous commentator on Vedas. In the huge temple there is a Sayana Mandapam or Ardha Mandapam in front of the main temple of Lord Venkateshwara. The temple architects were from Vijayanagra.

The pilgrims are allowed to enter the temple only till Sayana Mandapam. Entry into Garbha gruha or main temple is prohibited. The area between Mandapam and temple is known as Kulasekhara-padi. The name of the porch is of a devotee of Lord Venkateshawar, as he wished to be reborn as the porch area between Lord’s idol and Mandapam.

During the time of festival or function the mandapams are used to perform all rituals. In the Mandapam the representative of the Lord Venkateshwara known as Bhoga Srinivasa undergoes Ekant Seva or Sayanotsava. The Ekant Seva is performed as a ceremony. 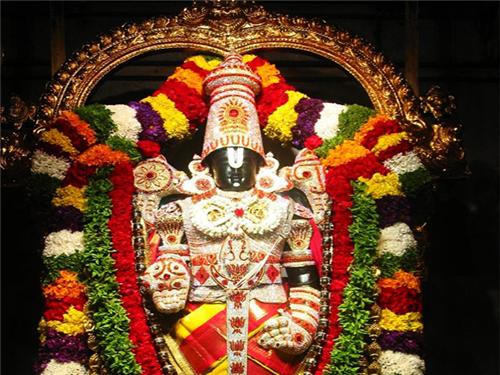 The temple where the idol of Lord Venkateshwara is placed is known as Garbha Gruha. The idol is placed beneath gold plated gopuram known as the Ananda Nilaya Divya Vimana. The temple is made up of granite stone built in 8th or 9th century. The idol placed in the temple is known as Mula Virat that is self placed. The idol of Lord Venkateshwara is loaded with Gold, precious stones and diamond ornaments like gold kiritam or diamond kiritam (special occasion). On the forehead of the Lord a thick double lines represents the third eye, drawn using camphor. The daily activity in the temple includes change of decoration, abhishekam, idol ornaments and clothes. Below the feet of the Lord a gold lotus is placed. The legs of the Lord are gold plated. The Ananda Nilaya Divya Vimana above the Lord idol is copper plated which has a vase on it made up of Gold.

The celebration of Marriage is Kalyanotsavam which is organized or celebrated in Kalyana Mandapam. The rich architecture of the Kalyana Mandapam belongs to Chola and Vijayanagra time. The Architecture is similar to other construct of Mandapam by them like Tirumala Raya Mandapam. On the western edge of the Mandapam there is a mandapam with cut pillar surmounted by vimana. 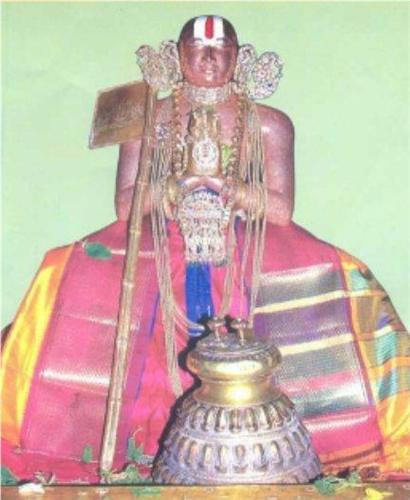 In the huge temple of the Lord Venkateshwara there is a temple devoted to the architect of the temple Sri Ramanuja. The idol of the famous architect Sri Ramanuja also known as Bhashyakara Sannidhi is placed near Sangeeta Bhandara towards the northern side of the Vimana Pradakshinam. Sri Ramanuja belongs to Vaishnava community. The work done by him includes the designing of Nandanavanams or flower gardens of Tirumala. The worship procedures and rituals have been laid down by him. During the festival like Gandhapodi Utsavam and Bhashyakara Utsavam special programs are conducted in which the idol of Ramanuja is carried to meet Malayappa near the Padi Kavali. 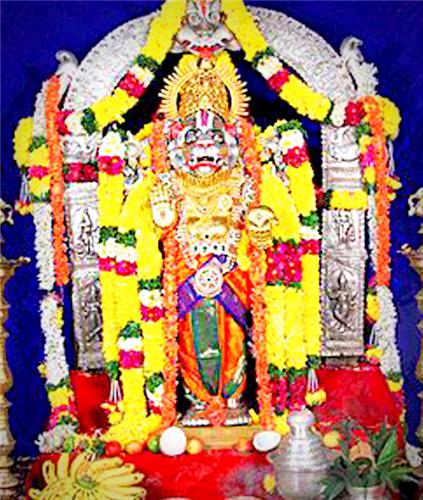 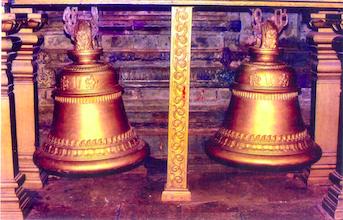 The bell used in the temple of Lord Vishnu is known as Tirumani or Tirumahamani. A mandapam is named after this bell. This mandapam was built by Mallanna or Madhavadasa (Chief of Chandragiri). There are sixteen carved pillars which support this mandapam. The bells are used during the Naivedyam in the temple. The activities that are conducted in the Mandapam are same as of Asthana Mandapam. In the mandapam Koluvu Srinivasa conducts court after the Thomala Seva. Suprabhatam or morning prayers are conducted in this mandapam. 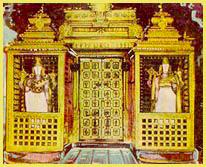 The entrance gate of Tirumamani Mandapam is made up of gold. At the entrance on either side there are two copper images of dwarapalkas (gaurds) named Jaya and Vijaya. In the early morning Suprabhatam or prayer is recited in front of the door of temple. This is done to wake up the deity.

An enclosed circular path around the temple is Mukkoti Pradikshanam. This pradikshanam is open for pilgrims twice a year that are during Mukkoti Ekadasi and Mukkoti Dvadasi. The doors of the temple are opened on the eleventh early morning after performing Thiruppavai and closed on twelfth night (called Margali-tiru-dvadasi).

The temple of Sri Vishvaksena is located at the northern side of the main temple and is a part of  Mukkoti Pradakshinam. During the festivals of Vaishnav the devotees first worship Sri Vishwaksena. Devotees believe that by worshiping Sri Vishwaksena the festival will be safe from evil that is at the time of annual Brahmotsavam the first prayer performed is Senadhipathi or Vishvaksena Utsava which is then followed by Ankurarpana. According to the Vaikhanasa Agama the worshiping of the idol of Vishwaksena is done. In daily prayer the flowers and garlands offered to Lord Venkateshwara are later offered to Sri Vishwaksena. The idol is taken out of the temple for performing rituals during Adhyayanotsavam.