Home city guide temples in and around tirumala

Temples in and around Tirumala

Tirumala houses numerous temples of Lord Vishnu and his wife Padmavati in this area. Lord Vishnu the Lord of Kal Yug is said to remain seated here till the end of Kal Yug. Devotees believe that Lord Vishnu hears the requests of every devotee wish and grants the same. The idols of Lord Vishnu placed in many temples are in different form.

Worshipers believe that the visit of Lord Venkateshwara is complete only after visit of goddesses Padmavati temple. The government and private tourist buses stops at both the temples. Other than those main temples, there are some other temples which are worth a visit. 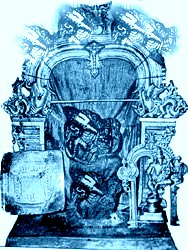 The Sri Varahaswami temple is located in the north side of Sri Venkateswara temple on the banks of Swami Pushkarini. It is believed that Tirumala was Adi Varaha’s home and Lord Vishnu with his permission started residing here.

According to Hindu epic it is believed that one should offer naivedyam to Sri Adi Varaha Swami before stepping into Lord Venkateswara temple.

In Atri Samhita the avataras of the Lord have been defined. The three forms in which he is worshiped are Adi Varaha, Pralaya Varaha and Yajna Varaha. 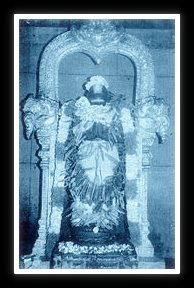 Sri Bedi Anjaneyaswami Temple is located on the opposite side of the main temple according to Vaishnav tradition. The idol of Anjaneya is with folded hands in anjali pose. He is a worshiper of lord Ram. The Abhishek and offerings are made to Lord on Sundays.

Sri Anjaneyaswami Temple is on the opposite side of Sri Varahaswami temple. The temple lies on the north-eastern bank of Swami Pushkarini. The idol with joined hands was placed long back during Mahant’s period. Abhishek of Lord is performed every Sunday. It is believed that Lord protects from evil.

The sacred water tank known as Swami Pushkarini was built for Loed Vishnu by Garuda. It is located adjacent to Sri Venkateswara temple. It is now being used by pilgrims for bath.

Mukkoti occurs on 12th day of Dhanur Masa in which the merger of all the teertham takes place. On this day it is believed that the bath in this is equivalent to bath in Ganges.

Teertham- Day on which the festival is held every year