Tirupati – Tirumala a holy place in the south of India located in the state of Andhra Pradesh. The temple has its still unrevealed story of existence. 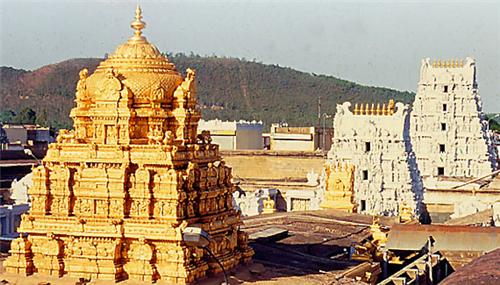 Historical evidence show that the denomination paid by different dynasties competed with each other in making offerings to Lord Sri Venkateshwara. The devotee dynasties include the Pallavas of Kancheepuram (9th century AD), the Cholas of Thanjavur, the Pandyas of Madurai, and the rulers of Vijayanagar (14th - 15th century AD). Few rulers like the ruler of Vijayanagar, Sri Krishnadevaraya, Venkatapati Raja placed their own statues in the temple. Later the temple received homage from different dynasties across the country like Maratha Kings, rulers of Mysore and Gadwal.
Few years later the rule of Hindu kingdom ended and the throne was taken over by Muslim Kings and later by British people. The control of supervising the temple and its belongings transferred from one ruler to other.

The Lord Venkateshwara temple in Tirumala covers a very large area. The 1200 BC temple has huge shrine which spreads over 415ft long and 263ft wide. The sub-shrines, doorways, mandapams, huge Prakrams, mini gopurams, and pradikshanams are made up of granite, craved sand stone, gold and silver.

The temple has chambers to store ornaments, and silk items. The temple also houses two kitchens, one to make prasadam and other to prepare food for Lord Venkateshwara. The huge temple houses 27 historic places in the temple. The historic places include three prakarams, huge walls made up of wood, bolts, and metal which are 1000 years old. The different streets inside the temple in four directions are 800-900ft long. 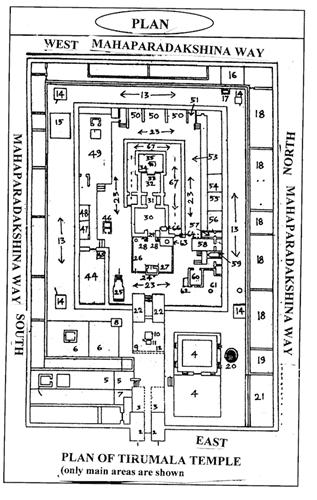 The huge area of the temple has pradikshanas, main deity-Lord Venkateshwara, Lord Ram along with Lord Laxman and Goddesses Sita, Mandapams, Bells, etc. 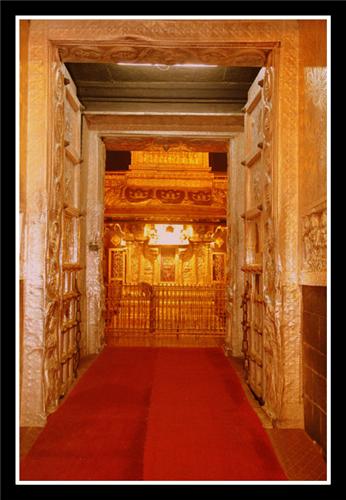 Padi Kavali Maha Dwaram, is the biggest door in the temple or Outer Gopuram is made up of cut stones which lie on quadrangular base 38 feet in N-S direction and 32 feet in E-W direction. The 11ft doorway is in gopuram. The evidences so found show that the door was built in the 13th century during the late Chola period. The Maha-gopuram so built is almost 50 feet tall which has five stories. There are mini shrines of god Hanuman, Kevale Narsimha, Lakshmi Narsimha, etc are placed on each level. The evidences shows that the first soil pit was laid by saint Ramanujacharyas, still can be seen on Mahadwaram. 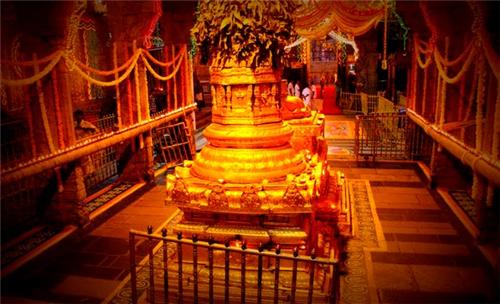 In temples the Pradikshana or pathways are built for devotees to have a clockwise circular movement around the holy-shrine. The huge temple of Tirumala has three pradakshinams that is pathways. The outside pradikshana, the middle pathway is closed for pilgrims from one side which is known as Sampangi Pradikshana. The middle pathway is now used as a store room inside the temple. The commodities are stored in this area are transferred from south mada street.

Historical evidences show the use of the pathway to conduct processions during the rainy and emergency time. Along the pathway of Sampangi are mandapams like the Tirumala Raya Mandapam, Pratima Mandapam, Saluva Narasimha Mandapam, Ranga Mandapam, Aina Mahal and Dhvajasthambha Mandapam. Most of the mandapams were constructed during the Vijayanagara king Srikrishnadeva Raya and others. 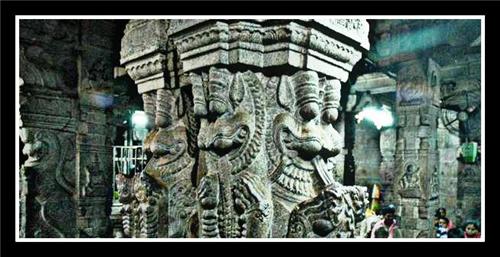 The next pathway is Krishna Deva Raya Mandapam or Pratima mandapam which is an open area. The name of this mandapam comes from the bronze portrait of the Vijayanagara emperor Krishnadevaraya and his two companions, Tirumaladevi and Chinnadevi. The statue of Venkatapathi Raya and Achyutha Raya successor of Krishna Deva Raya can be seen. The pictures on the wall of mandapam showcase the picture of Vijayanagara period of Lord Ram breaking the bow, Krishna Leela, etc. The main pillars of the mandapam contain the symbol of Sri Vaishnava carved on it.

Ranganayaka Mandapam or Ranga Mandapam or Ranganayakula Mandapam is located in the south-east corner of the Sampangi Prakaram or Pradakshinam or pathway. The mandapam houses the idol of Lord Ranganadha of Srirangam placed in 14th century. The place was later occupied by Muslim rulers.

Tirumala Raya Mandapam is located in the western side of Ranga Mandapam which faces the Dhvajasthambha Mandapam. It is one of the spacious areas known as the Tirumala Raya Mandapam or Anna Unjal Mandapam. The Mandapam has two levels lower in the front and higher at the rear. The levels are made up of craved black granite stone which has the architecture of vines, yalis and stucco features.

The prasadam distributed on the occasion of annual darbar is termed as Tirumalarayan Pongal.  The Vijayanagara style architecture can be seen on the pillars of Mandapam which has rearing horses. The statues kept in the corners of the Mandapam are made up of bronze. These statues are of Todermallu, Matha Mohana Devi (mother of Todermallu) and Pitha Bibi (wife).

In the northern side of Tirumala Raya Mandapam lies the The Aina Mahal or the Mirror hall covering an area of about 42sq ft. The mandapam has two parts one is open mandapam (front-six rows) other one is temple located at the backside (contains Antarala and Garbhagriha). The idols so placed in the temple are surrounded with mirrors on all side. During the festival season like Dolostavam the idols of the lord is placed in the center of the room.

A path via Dhvajasthamba Mandapam leads to the inner entrance known as inner Gopuram or Nadimi Padi Kavali. At the entrance there are huge silver plated wooden doors known as Vendi Vakili. Inner entrance doors of height 30ft is of less height than outer entrance door. The evidences show that the inscription found on the walls of gopuram belongs to 15th and 16th century. The inscription found on the inner goupram belongs to the Pandyan monarch, Jata Varma Sundarapandya (1251 AD), etc.

Pradikshinam means a pathway around the temple. A circular pathway to rotate around god located in the centre is Vimana Pradakshinam or Prakaram. One can see the tower with the golden roof which can be seen from this path way, hence it is named as Vimana Pradakshinam. The idol of Lord Venkateshwara is placed under this golden roof and the dome which houses the deity under it is named as Ananda Nilaya Divya Vimana.

Believers who perform Angapradakshinam also perform Vimana Pradakshinam. At this holy place only 500 pilgrims can perform Anga Pradakshinam at Sampangi prakaram weekly on Saturday’s. There are other rooms in the corridor of this prakaram includes room of lights or deep-mala room, gammikar’s room or works, kaikolos room and a pallki room. In the temple music is performed by the devotees and followers and so the temple also houses Sangita Bhandaram or instrument room where numerous copper plates are stored.